Estancias, the farms of Paraguay Agriculture in Paraguay

Land renowned for their agricultural qualities.

Agriculture in Paraguay is growing very fast. The government, with very low taxation, promotes its development and the establishment of new production companies. Improving agricultural production techniques has always been one of the government’s priorities.

To meet the growing international demand for natural agricultural products, farmers have embraced organic production in many sectors and are getting more profit from it.

The good quality of the land and the sunny climate of Paraguay are a major asset for the cultivation of medicinal plants. Paraguay has the skills to meet the demand of companies producing essential oils for medicinal destinations, perfumery and other derivatives.

Capital Campo is involved in cultivation, harvesting and processing of production, thus creating jobs and a new notoriety for the country. 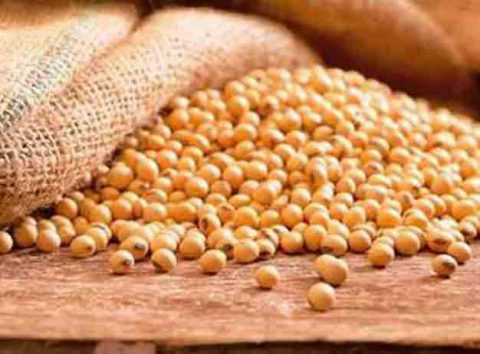 Soybeans are the main product of Paraguayan mechanized agriculture and the main producer of foreign exchange for the country. According to Capeco data, the expansion of the sector was so large that the area planted with Soybeans has tripled in the last 20 years.

Paraguayan soybeans are intended mainly for the foreign market, with an average of 75% for export, remaining only 23% for industry and 2% for seeds. These figures have been maintained in recent years.

With the policy of the Argentine government, applying new export taxes, the margins of Argentinian producers were reduced, which consolidated the interest of Paraguayan soybeans.

Soybean cultivation developed in the eastern region of Paraguay on land previously used for breeding and resulted in the displacement of the Paraguayan cattle herd in the Chaco region.

Stevia is a plant native to Paraguay used by the indigenous Guaranies to sweeten drinks. The leaves of the plant were dried and used to sweeten “mate”, teas and medicines. The stevia leaves sweetening power is 30 to 45 times greater than sugar. It was in 1899 in Paraguay that stevia was first scientifically documented under the name eupatorium rebaudianum by Moises Santiago de Bertoni. Stevia is a naturally occurring zero-calorie sweetener. The effects of stevia are attributed to the stevioside it contains.

In 2011, the European Union granted final regulatory approval for the use of stevia sweeteners in foods and beverages. The stevia market is booming. Faced with growing demand, the cultivation of stevia has become the Eldorado for investors. 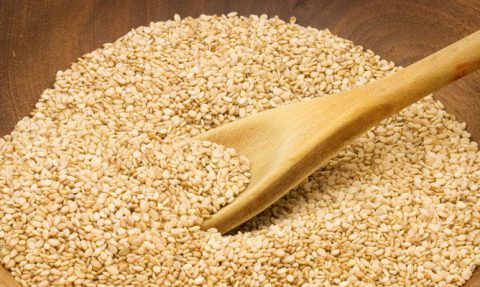 Sesame cultivation, which appeared in the late 1990s, is relatively new to Paraguay’s agriculture sector.

The production is located in the northern zone of the eastern region. Sesame is grown mostly on a small scale by family producers who sell directly to exporters. The industrialization of sesame in Paraguay is very nascent, since nearly 60% of production is exported and the remaining 40% is used for national consumption.

Sesame cultivation has a social importance and has produced a reorientation of the policy of intervention and compensation of agriculture from the year 2006. Along with cotton, it has become a priority for family farming incomes.

Sesame has seen even more penetration, given the revenue it has produced, mainly to these producing families, thanks to the selling price and the growing existing demand in the international market for this product, when it has available organic certification. 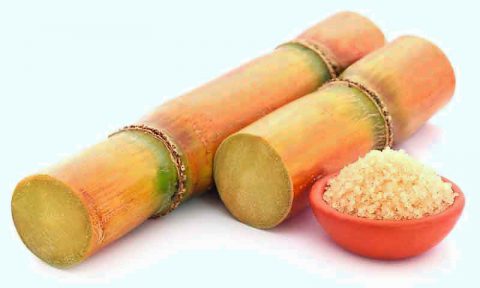 The geographical location, the type of soil and the climate make sugar cane one of the most important crops in Paraguay.

In the 2015/2016 campaign, the production of sugar cane, both conventional and organic, was 6,708,000 tons on 120,000 hectares. The departments of Guaira, Caaguazú and Paraguarí are those which concentrate the greatest percentage of production. Sugar cane is used to produce food sugar, ethanol, cane honey and is also used as fodder for animal feed.

Sugar is one of Paraguay’s traditional export products. In 2016, the volume of exported sugar was 111,129 tons.

Paraguay is the world leader in exports of organic sugar, and fair trade. 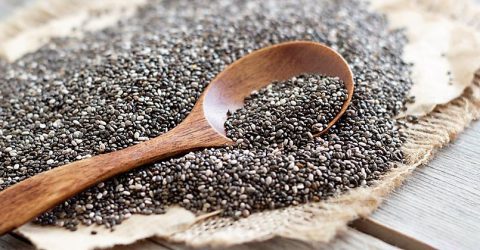 Chia, “salvia hispanica”, is an herbaceous plant of the lamiaceae family, native to Mexico. Chia , which were a staple of the diet of many ancient peoples of Mexico, were also used for medicinal purposes and as offerings to the Aztec gods.

After being ignored for centuries, these seeds have attracted the attention of nutritionists for their high fat content (25-38%) with a high content of alpha-linolenic acid, from the omega 3 group. Since the late 1990s, a cash crop has developed in several parts of America and Australia, to supply seeds to health food stores in developed countries.

Since chia is very sensitive to frost, commercial cultivation has only developed in the tropics and subtropics. It is found between latitudes 20°44’N and 25°05’S, in Argentina, Bolivia, Colombia, Mexico, Peru, Ecuador, Paraguay, Australia, Nicaragua and Guatemala.

This seed is one of the “new” food species, although it has always been in use in the countryside of central and southern Mexico as well as in Guatemala, where it is made into drinks. Seedlings require moisture to germinate, but once set the plant requires only a limited amount of water.

Culture can be traditional or organic.

The main export markets for Paraguayan chia are the United States, Canada, Australia and Europe. 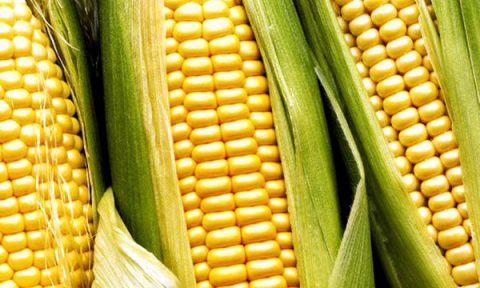 Paraguay has become the world’s seventh largest exporter of corn and exports to over thirty countries, thanks to good, high quality production.

The multinationals LDC, ADM and Nidera lead the ranking of exporters.

Corn production in Paraguay has achieved the strongest growth in agricultural products in recent years. 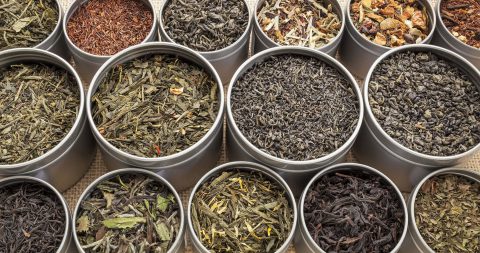 The market for medicinal plants is huge and constantly growing.

There is the market from cosmetics to perfumery, from cooking to health with phytotherapy and aromatherapy, organic (medicinal) plants and their products obtained by distillations, essential oils and distillates, are everywhere.

But also and above all the health market, where the fight against the emergence of antibiotic resistance is the subject of a major mobilization in both human and animal health. As part of the EcoAntibio 2017 Plan, a dossier has been developed to raise awareness among farmers of the risks associated with antibiotic resistance. 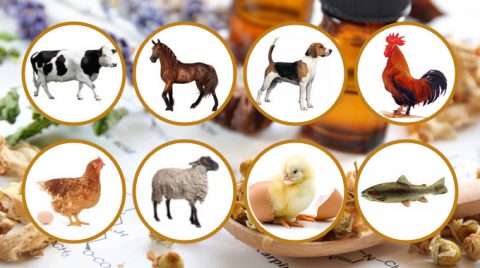 The political and economic stakes are such that reflection on human health is relegated to the background. We must therefore start from this observation and focus the reflection, not on the outright removal of products tending to accelerate animal growth, on which the financial benefit of farmers depends, but on the replacement of products involved in antibiotic resistance phenomena. A replacement by natural products with identical effects and without impact on the health of animals and consumers. This would be a win-win agreement on improving human health through the nutritional quality of meats and preserving the profitability of farms.

Distributors are awaiting a comprehensive project proposing traceability on beef that lacks or at least reduced antibiotic traces. The Netherlands is one step ahead of the proposal for livestock products to have been pioneers in the use of natural palliative products to antibiotics. 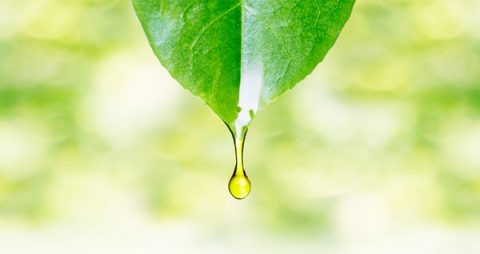 The demand for essential oils changes year after year for several reasons:

The food market is a huge outlet, mainly for the beverage industry. It has changed significantly over the past 40 years, from “virtually all synthetic” to “natural” which is now the majority. The main essential oils used are essential citrus and mint oils.

The perfumes and cosmetics market benefits from solid fundamentals. It shows continued growth over a very long term and, despite a slight slowdown, remains satisfactory. Even if the historical markets remain solid, it is in the emerging countries where the main sources of growth are to be found, Latin America and Asia. If the communication of perfume companies turns the argument around the natural product, with a few exceptions, they consume little essential oils compared to synthetic products. It is nevertheless a question of not opposing the two, in fact, the smoothness of the fragrances is always obtained by a subtle alliance between synthetic and natural products. Only a few companies market organic toilet waters, containing only 100% pure and natural essential oils.

Although only representing approximately 2% of the world trade in essential oils, the aromatherapy market is growing.

Capital Campo assists you on the following points:

To receive our dossier on medicinal plants and essential oils, contact us.

Other crops such as targeted afforestation, Guar Gum are to be developed.

Agri-food is a tradable commodity and can be sold in any major currency. There is no direct dependence on the Paraguayan currency.

Paraguay has many investment opportunities, especially in livestock and agriculture. Do not hesitate to contact us for more information.